Let your mind run free. Suppose you can choose anywhere in the world to do a season. You are just starting your gap year and are looking forward to a winter full of skiing or snowboarding, good food and life in the mountains. You take a look on Google Maps and see the mountains in southern Spain. You may never have associated Spain with skiing, but trust us when we say it’s a fantastic country to do a season! In addition to the great Spanish cuisine, the mountains and the people (which you read all about in our last blog), the 8-week ski course or 8-week snowboard course offers so much more! The question is of course, what can I expect and what can I do to prepare? Find out in this blog 🙂

Prepare for a journey through different countries and cities

During your season you will teach in Sierra Nevada, but during your season and even before, you will get the opportunity to discover a whole lot of other places. The training begins on the Cervinia glacier in Italy. Since we will already start training quite early in the season and we want the best snow to train on, we will start the journey there. It’s the ideal start of the season.

The training then continues to Madrid, where you will take the theory part of the ski instructor diploma. In ten days you will have the opportunity to learn about the theory behind skiing and discovering the streets of Madrid. Go to a Real Madrid football game or discover the Prada museum. There’s something for everyone! After that, the course will set sail to Sierra Nevada, on the southern coast of Spain. Amazing cities are surrounding Sierra Nevada that you’ll get a chance to visit during your season, like Granada, Almería and Málaga!

Prepare for bringing both your swimwear and skiwear

And while you’re thinking of Almería and Málaga, think of beautiful white beaches, only a car drive away from the slopes. The surroundings of Málaga, in particular, are beautiful. They also call the coastline there the Gold Coast of Spain. Many people go there for a beach vacation. How cool is it to be able to combine that with a skiing holiday!

And besides that, the resort will organise multiple “bikini days” throughout the season. Because of the high amount of sunshine, you’ll find that the temperature will be quite agreeable from time to time, so skiing in your swimwear isn’t so bad as one might think. This event is not unknown and is regularly organized in Sierra Nevada. See it as an opportunity to even out your goggle-tan 😉

Prepare for a long season and full days

The start of the season in Sierra Nevada is very early, compared to other areas in the Alps. For example, the area opens in the last week of November and the area only closes in early May. Because of its high location, you can not only enjoy great snow but also a season that on average lasts much longer than elsewhere. In Sierra Nevada, you also have the opportunity to enjoy the long, sunny days by going night skiing once in a while. The slopes are open at least one evening a week, but if the conditions allow, sometimes more often. Bonus!

We get the question almost daily: “How well do I have to be able to speak Spanish to start the course?” That is a common question and we notice that the Spanish language is one of the biggest doubts when making the choice. How well do you need to master it to get started, and what can you do to improve your own Spanish?

If you have had Spanish at school or learned to speak Spanish from your family or circle of friends, you have a head start, but it is not necessary to be able to speak Spanish fluently. There are a few things you can do to prepare as much as possible. For example, you can download the Duolingo app, which you can use to learn the basics. Watching a Spanish film or a television series is of course always recommended! Also, there are numerous online Spanish courses (send us a message if we can help you with this). The course itself is entirely in English, so you have time to get to learn the Spanish basics before you start working in the ski school.

And besides, your Spanish guests will never mind to teach you a thing or two 😉 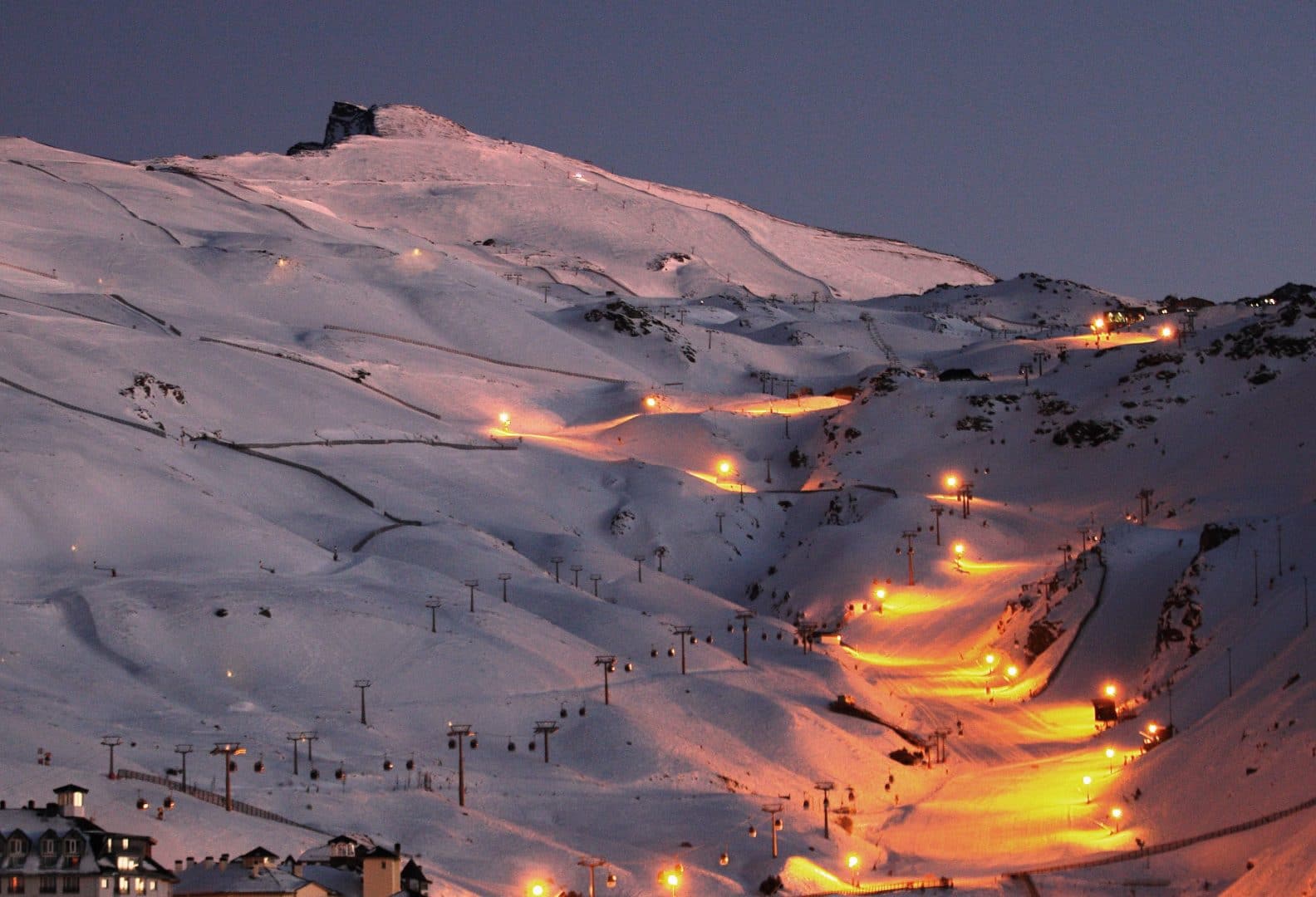 Prepare for a lot of different nationalities

You will find an international audience in Sierra Nevada. Both in the ski school and on the slopes. Around 100,000 students live in the nearby city of Granada, who you will often find on the slopes in the weekends.

Also within the ski school, where around 80 to 100 teachers work, you will find a whole lot of different nationalities.

Are you excited to do a season in Spain?