Have you ever sat in a chairlift next to some local skiers overhearing their conversation about the bluebird and the champagne pow, while they’re “shaka bra’ing” it all the time? Or maybe being called a gaper without realizing that you were being mocked? The ski slang can be a jungle…

Fear not – in order to prepare you for the upcoming winter season, we’ve sat down with all our experienced instructors to get a detailed overview of most used ski slangs on the mountains. So put on your reading-goggles and extend your winter vocabulary below:

A very common ski slang used by almost every instructor when telling their students to make the “V” shape with their skis to control the speed, aka. The Plow. A slice of pizza is shaped like a “V”, so why not? And yes, instructors also eat a lot of pizza.

There is also a broad misconception between being a ski guide versus being an instructor. The difference is when you have to work, and what you do when you work. Ski guides often manage ski hotel transfers, restaurant/hotel services and in general help ski guest with all the practicalities besides learning to ski – which is the ski instructors job!

Duh, Alladins flying carpet, what else? Jokes aside, it’s a conveyor-belt you can stand on with your skis on, to be transported to the top of the slope. It’s often found on the beginner’s slope.

A term used to describe the snow condition after a big dump (Snowfall). Example; “Dude, there is so much fresh pow after the dump last night!” When the pow is so fine and fluffy, its referred to as champagne pow!

This slang is used when something is particularly dangerous, extreme or radical, for example: “Damn, that was gnarly skiing right there! DOPE!”. But is sometimes also used in a negative way, like: “Damn, that was a gnarly crash…”

Send it / Get Sendy

When you take your skiing/snowboarding a little bit over your level, the term “sendy” is often put to use. Imagine standing with a group of ski school kids on the top of a triple black diamond ice slope, the only appropriate saying would be: “SEND IT KIDS! YEAA!”.  No matter the outcome of the sending – it will be gnarly.

A ski slang used when something is cool could be literally anything but is used a lot in the snowpark.

Often used in picture settings or after something gnarly happened. It’s a term said in combination with a hand gesture where you extend your thumb and pinky while keeping the three middle fingers closed.

Some popular names, you definitely will hear on the mountain. Words used to describe skiers or snowboarders who are completely clueless in regards to skiing, equipment and just normal behaviour on the mountain. A Gaper or Jerry is often wearing a fake GoPro camera, have their helmet on backwards, their ski pants inside the ski boots and a big gap between the goggle and the helmet edge (referred to as the gaper gap). 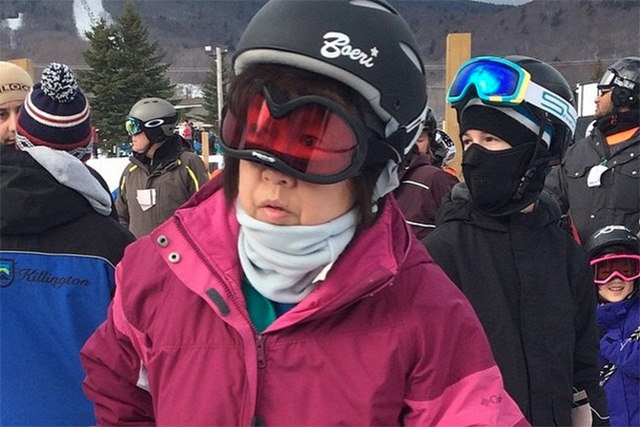 A sunny day often by the end of the season, which is dedicated to all the gapers out there whom we admire and love to laugh at. A day where you should find the most ridiculously outdated ski equipment, team up with all your friends, put on the glorious 80’ies playlist and then just have the time of your lives! 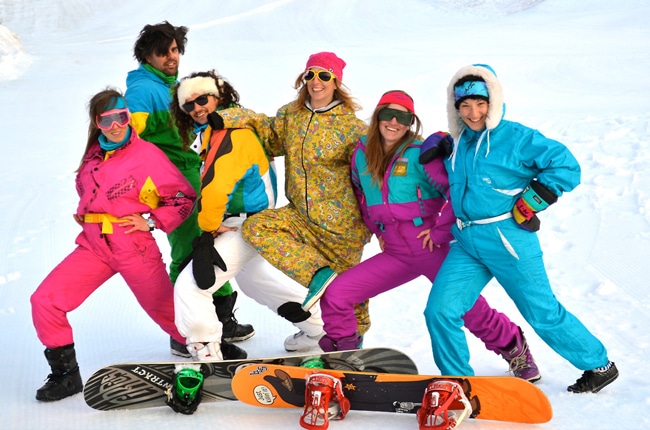 Used to describe a perfect day with a bright blue sky without any clouds! Combine this with some fresh pow, and you have a very good reason to keep yelling “DOPE! SHAKA BRA!” all day!

Those scary-looking things in the snowpark that sends people in the air. People without a ski-related background would normally call these a jump, but on the mountain, it’s called a kicker!

We hope this small ski slang list made you even more ready for a winter in the snow, without starting out as a gaper!

Want a winter season in the snow as a Ski instructor? Check out our courses in Austria, Canada, Spain or Japan and reserve your spot here: www.snowminds.com/bookmyplace

Hope to see you in the snow 🙂