The German language in Austria – Can you learn it?

Theresa did a season in Wagrain, Austria. Before she made the decision to leave, she was very doubtful whether she could learn the German language. Hear about her experiences with the online German course, and get some advice regarding a winter season in Austria.

“Servus, passt, genau”. These three German words were some of the most used in our house in Wagrain. Before I left to become a ski instructor, I did not know any of them. The German language was the reason why I was very in doubt whether I should become a ski and snowboard instructor. But I could not be happier to have made the decision to become an instructor in Austria!

There are two things I especially remember, from when I sat down at the information meeting in Copenhagen at the Snowminds office:

My first thought was; “I simply can not do that.” I have had French for 5 years, and have therefore never tried to learn the German language. And it would then be impossible to learn a language in a few months? 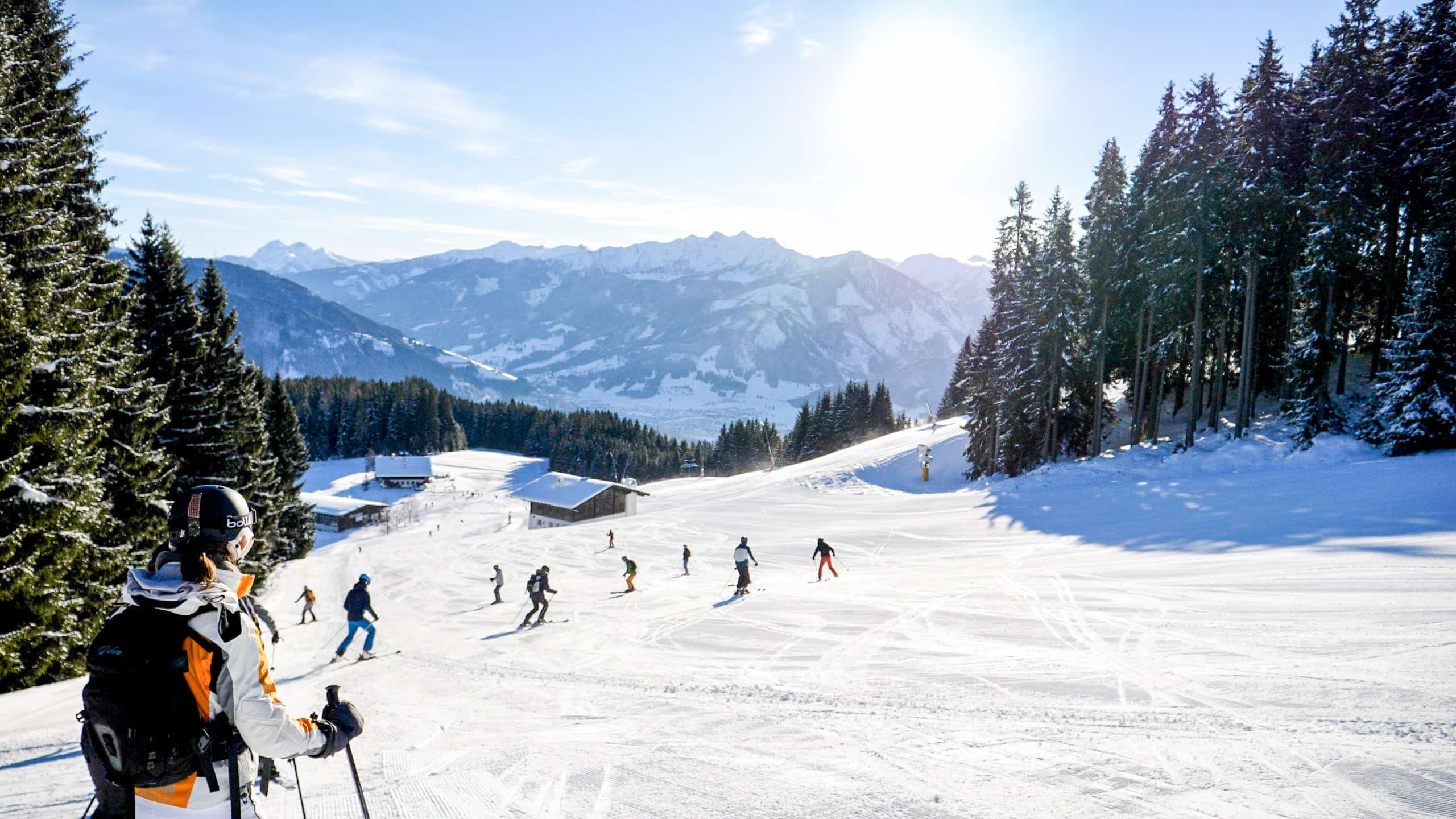 I took a chat with Maria from Snowminds, who had already been away for the season, and shared my concerns. She said that I can do it, if I really make an effort. In addition, she had made an online German course that I could buy and complete before leaving. The Snowlingo German course was specially made for us who will travel with Snowminds. This is for us, so that we can manage the education and work afterwards, with associated vocabulary within ski and snowboard instruction.

After much deliberation, my friend and I decided that we were going to travel – we wanted to become ski instructors. We both chose to buy the German course online, which starts 10 weeks before departure. Before that I tried to use the app ‘duolingo’, which helps to learn the basics of a new language. In addition, I started watching a German series. But it was difficult; I did not feel that it was sticking, or that I could use the words I learned to much an extent.

When the Snowminds German course started, I chose to spend a lot of time on it. I did everything thoroughly, and felt that there was a meaning to what I was learning. I became more and more excited to get started, and I felt like everything that I learned on the German course had something to do with skiing and snowboarding. It was not like at school where you learn a lot of grammar. Here it was very concrete and you only learned the ‘necessary’ in relation to being a ski instructor. When I finished the German course, I felt that I was quite ready to leave. It was really cool!

German level during the education

During the training, I was really surprised at how much help the Snowlingo German course had been. Even though our instructors only spoke German, I managed to keep up quite well. Of course, there were things I did not understand, but that was the case for almost everyone. With each passing day, I felt that I understood more and more. Because when you hear and speak German every day, and you really try to improve the language, you learn it fast! In addition, I had a chat with a sweet team leader Miriam, where I practiced my German, and she assured me that I had nothing to worry about. It was a big help for me.

By the end of my education, I had really learned a lot of the language, and I was not very nervous about taking exams or teaching in German. During my season in Austria, I have also received praise for my German language. Now I feel that I can teach skiing and snowboarding better in German than in English, or my own mother tongue, something I am very surprised by. 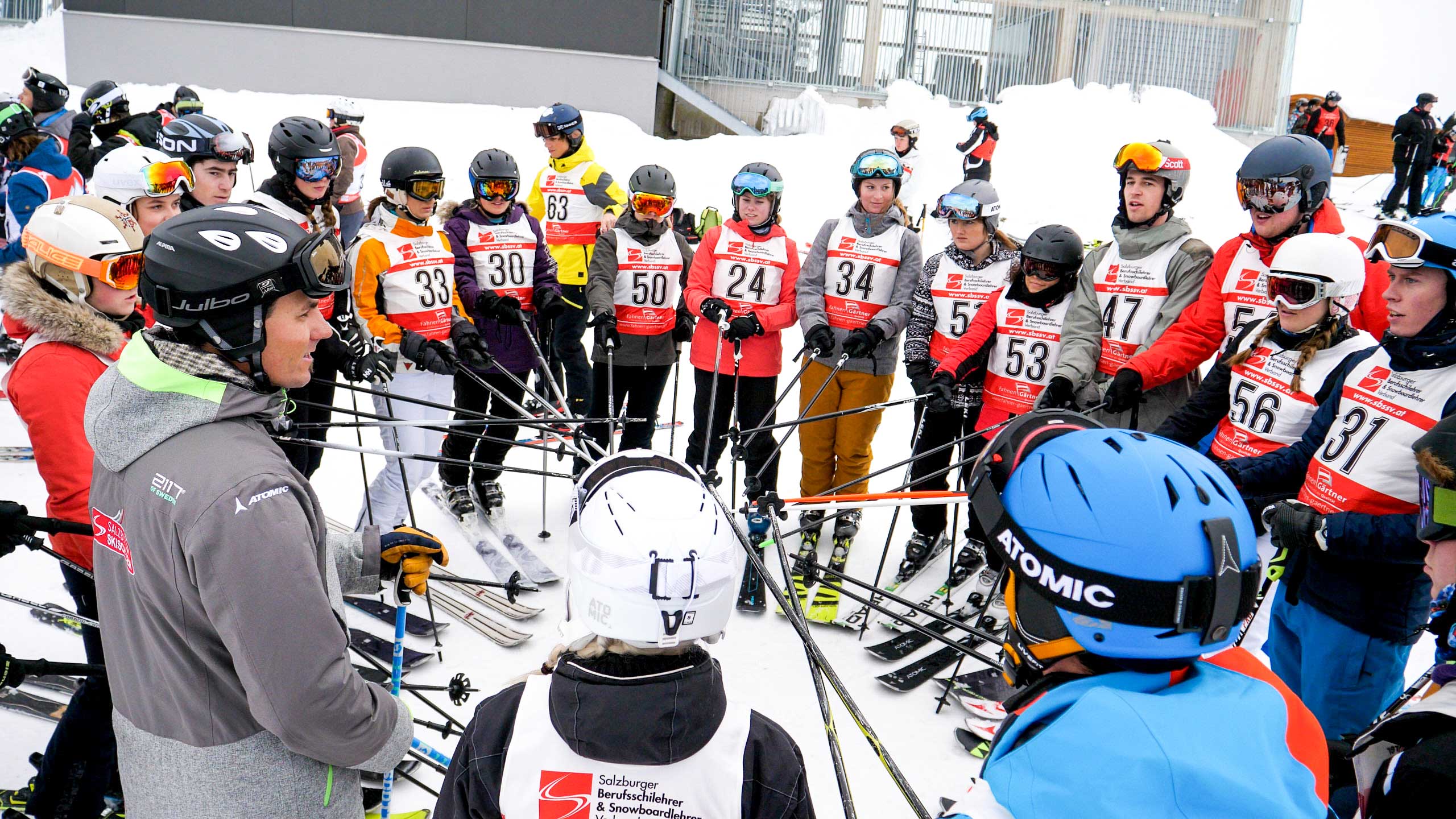 Seize the opportunity and throw yourself into it!

Of course, it should not sound like the German language was not a challenge. It requires you to work for it, and ‘force’ yourself to jump into it. In addition, it also depends on how good you are at language in general – some have more difficulty with language than others. It has also been difficult at times, and it still is, especially in terms of grammar and small talk. But there should never be a reason not to go to Austria as a ski instructor. I do not regret in any way the hard work I have put into the language.

In addition to becoming a ski and snowboard instructor, I have also learned a whole new language – and it’s really cool!

I hope my adventure and experiences can help you to take a season in Austria, and not be afraid to learn a new language! 🙂

Are you also keen to throw yourself into the German languare and do a winter season in Austria after reading about Theresa’s experiences? See all our opportunities for courses in Austria here, and read more about our German courses in instructor education here.

Our favorite ski gear from ISPO 2019 in Munich