My name is Jakob Sander and I grew up in a family which has always prioritized ski holidays over all other holidays. Since I was two years old, I have been on one or two-weeks skiing holiday with my skier mom, and my snowboarder dad.

As many of you probably have done, I started skiing, but as I approached adolescence where I opened my eyes to skating, I also wanted to try my hand at snowboarding. I got into a snowboard school and was bitten by it right away and have not looked back since! Until I decided to go on a season in Austria with Snowminds. 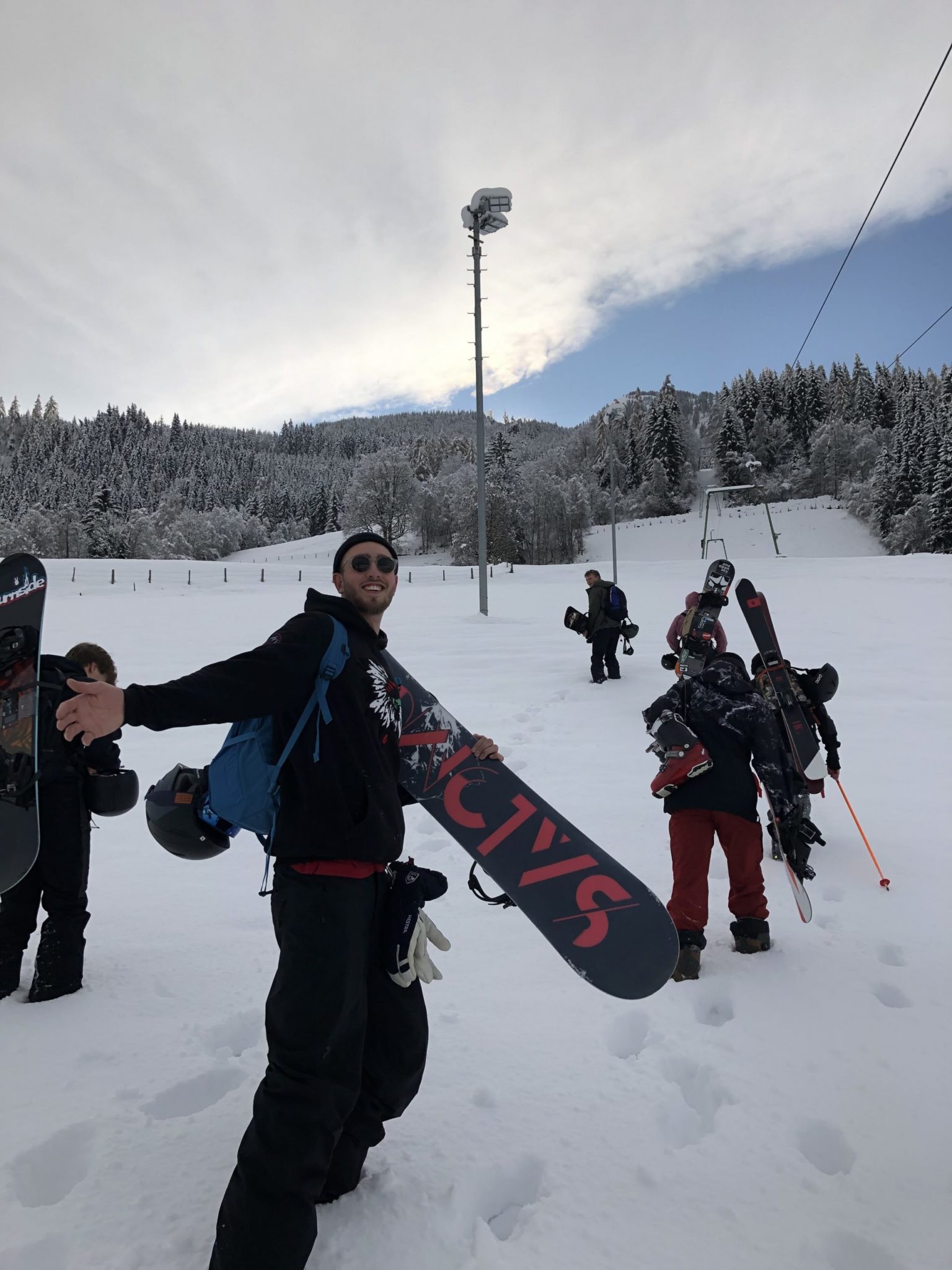 It was a clear decision that I want to become an instructor in Austria! Why in Austria? Well, I could improve my German, snowboard every day in the Alps, and party on Après Ski with a lot of amazing people. But my course choice wasn’t clear – should I choose 2, 3 or 5 weeks? Should I only choose snowboarding, or should I choose dual? It was a difficult decision as I haven’t skied for the last eight years and had a hard time believing that I could pass the ski exam. After a lot of thinking my parents and I choose that I  should take the 5-week dual course. It was the best decision I have ever made, so continue reading and you will find out why!

I had to pack my equipment as departure was ahead, and I spend a lot of money on skis, boots and everything else that you need when you suddenly have to learn to ski again. It was an expensive pleasure, but in the end, all of it was worth it!

The course was taking place in Kaprun so it was time to head there. I started to realise slowly that I was going to be a ski and snowboard instructor, but my nervousness and insecurity about having to ski again was still sitting out in my mind. What if I wasn’t good enough compared to the others? Or what if I didn’t pass? What should I do then? Was it all a waste of money? These questions and many others have been bothering me for a bit longer. What I could reassure myself was that I had a lot of team leaders who were here for all of the course participants at all time and they were willing to help with the slightest doubt we would have. 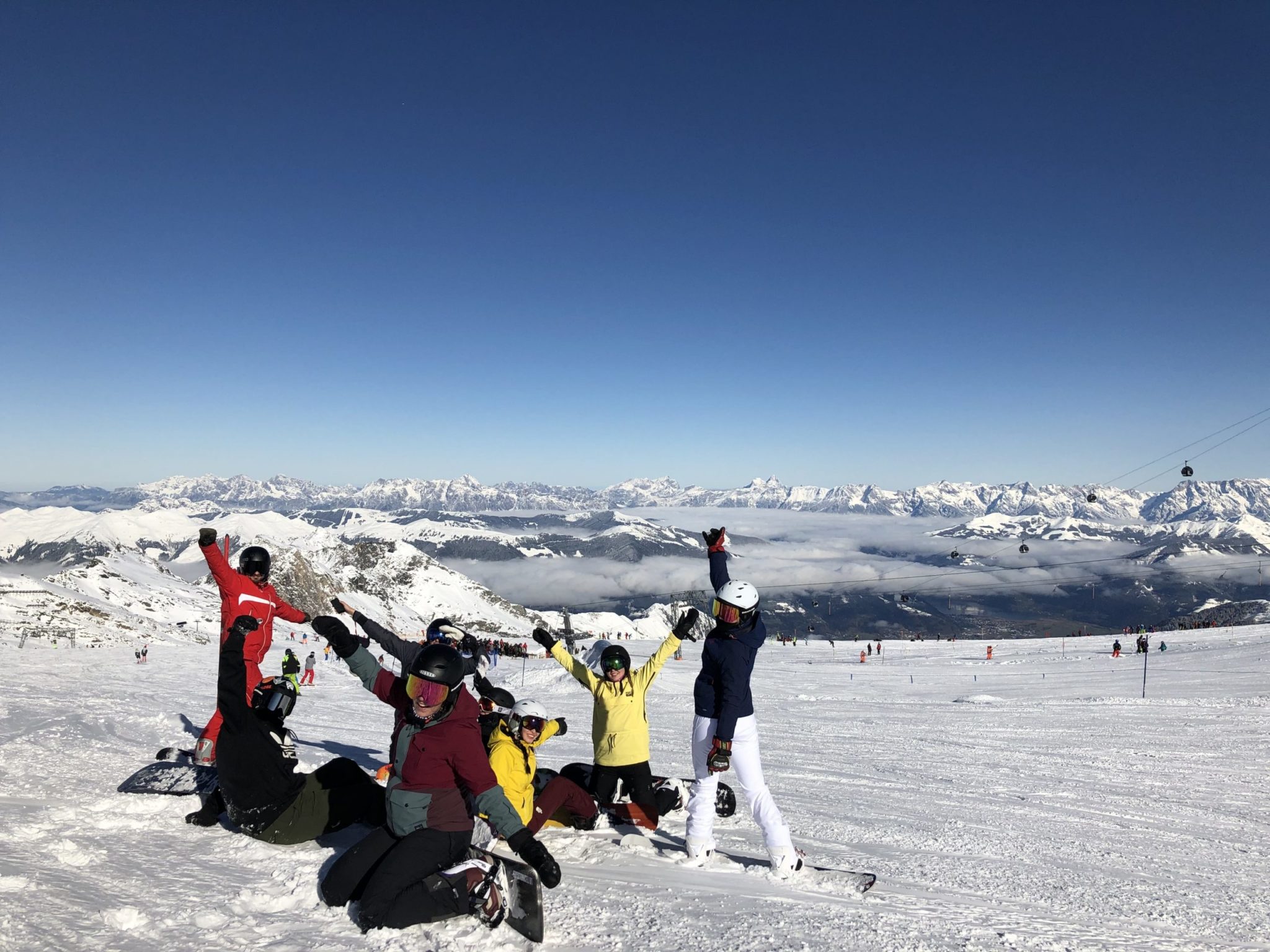 Beginning of the dual course

The course started, and we were all divided into groups – people who had chosen dual were together and those who had only chosen skis were put together. From the very beginning, I realized that I had no idea how to ski “properly”. Yes, I could get down the black slopes faster than a tuned moped!  However it was not the speed we were going to be judged by, but the technique, and I probably didn’t have the right technique. Fortunately, I wasn’t the only one. One of the big topics of the conversation at the hotel in the evening was the astonishment how much technique was hidden behind a very simple snowplow. The training days were over before you had time to look around. The technique had gotten under my skin and I was starting to feel stable on skis. The hardest part for many participants was that they had to change their bad habits while skiing. Luckily, I had not skied for 8 years and therefore had no bad habits.

The hour of truth

The ski education came knocking on the front door for the dual course participants, and now it all started in earnest. For the next few days, we were taught how to teach children and adults, respectively. We got a lot of theory knocked into our heads and re-developed our own skiing level. Every night we got help from our team leaders so we could be completely ready for our exams. I was ready and I passed my exams. 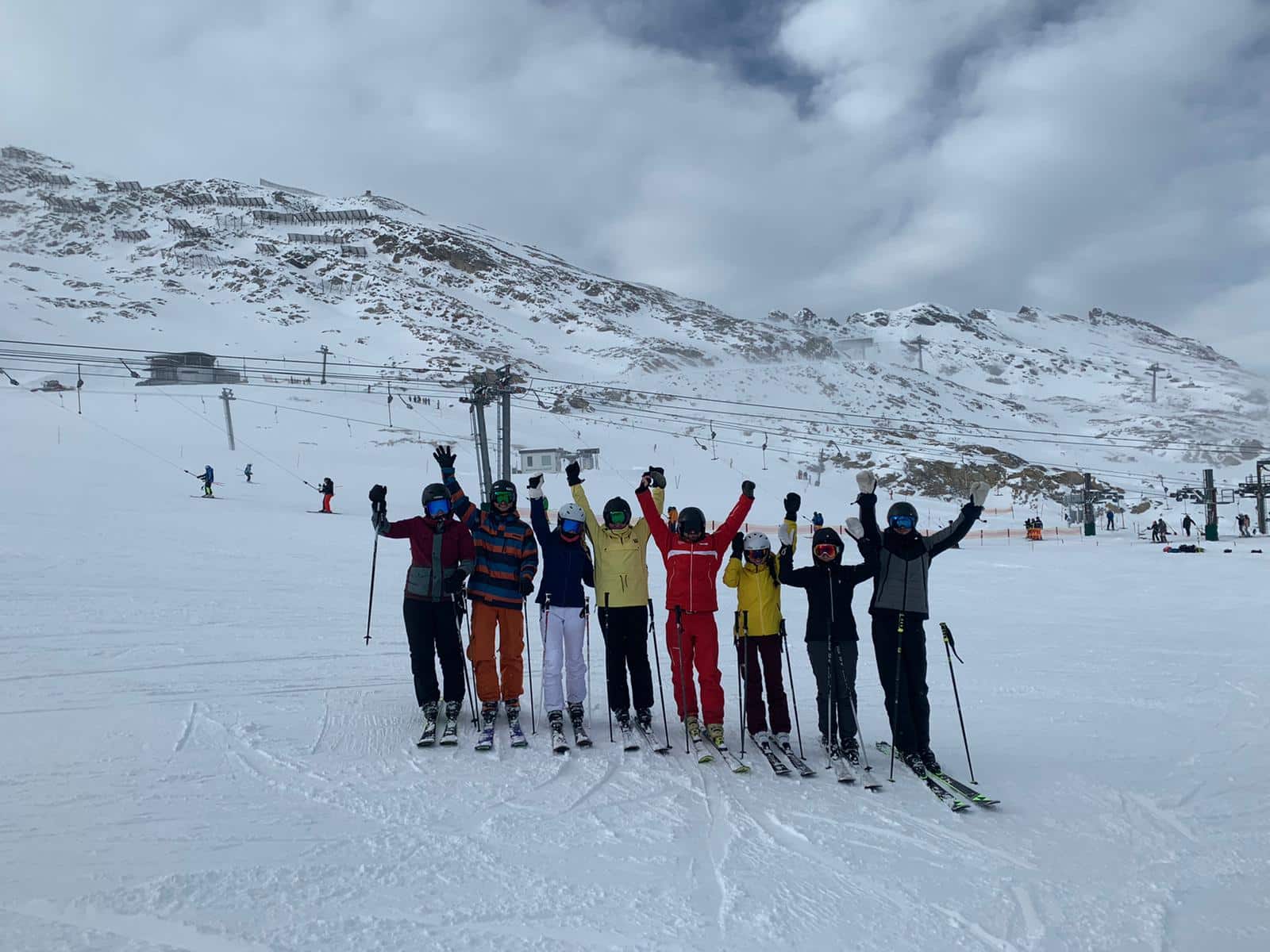 After the ski exams, the fun began, and we were going snowboarding! Most of the duals were better snowboarders than skiers. There were far fewer corrections on the technique than there were on skis and right from the start I felt more comfortable on the snowboard than I did on skis. Also, during the snowboard training, we got a lot of theory and learned how to teach others. However, on the snowboard, children and adults were merged – so less for us to remember! The exam days came and many of us did really well! I could now, after five weeks, call myself both a ski instructor and a snowboard instructor.

I was super happy to have chosen the 5-week course as it not only meant more training so I could pass both my exams on skis and snowboard. It was also five weeks spent with the coolest people who all have the same passion for skiing and snowboarding as me. In such a short time, I had made so many new friends that I also had a chance to visit during the season.

If you are in doubt whether to take the dual course or just stick to one, then I would definitely recommend taking the dual! Of course, you will always have a preference, but when you can do both, you also get more diversity during your season. You can’t end up without work in one thing, because one week you have a group of children on skis and the other week you have private lessons with different levels and different ages on a snowboard. All in all, I have been so happy with my decision. If you decide on a dual course, then I know you will love it too.

Do you, like Jakob, want to go to Austria for a season? Then you can see our many selections of courses here!