Can you have double the fun during your season if you become both ski and snowboard instructor? Read more about the Dual experience Jodie had on her season in Austria in this blog.

“Hey my name is Jodie and I’m 9 weeks into my first season as a dual instructor which turned out to be the most rewarding experience of my life.

I started off in the city Kaprun doing the 5-week Snowminds Dual course, which involved ski and snowboard training with a local ski school instructor, and then the two Anwärter course weeks. We stayed in hotels depending on the location of the ski schools we got secured jobs from. This meant that we were able to get to know instructors heading to the same destinations as I did”. 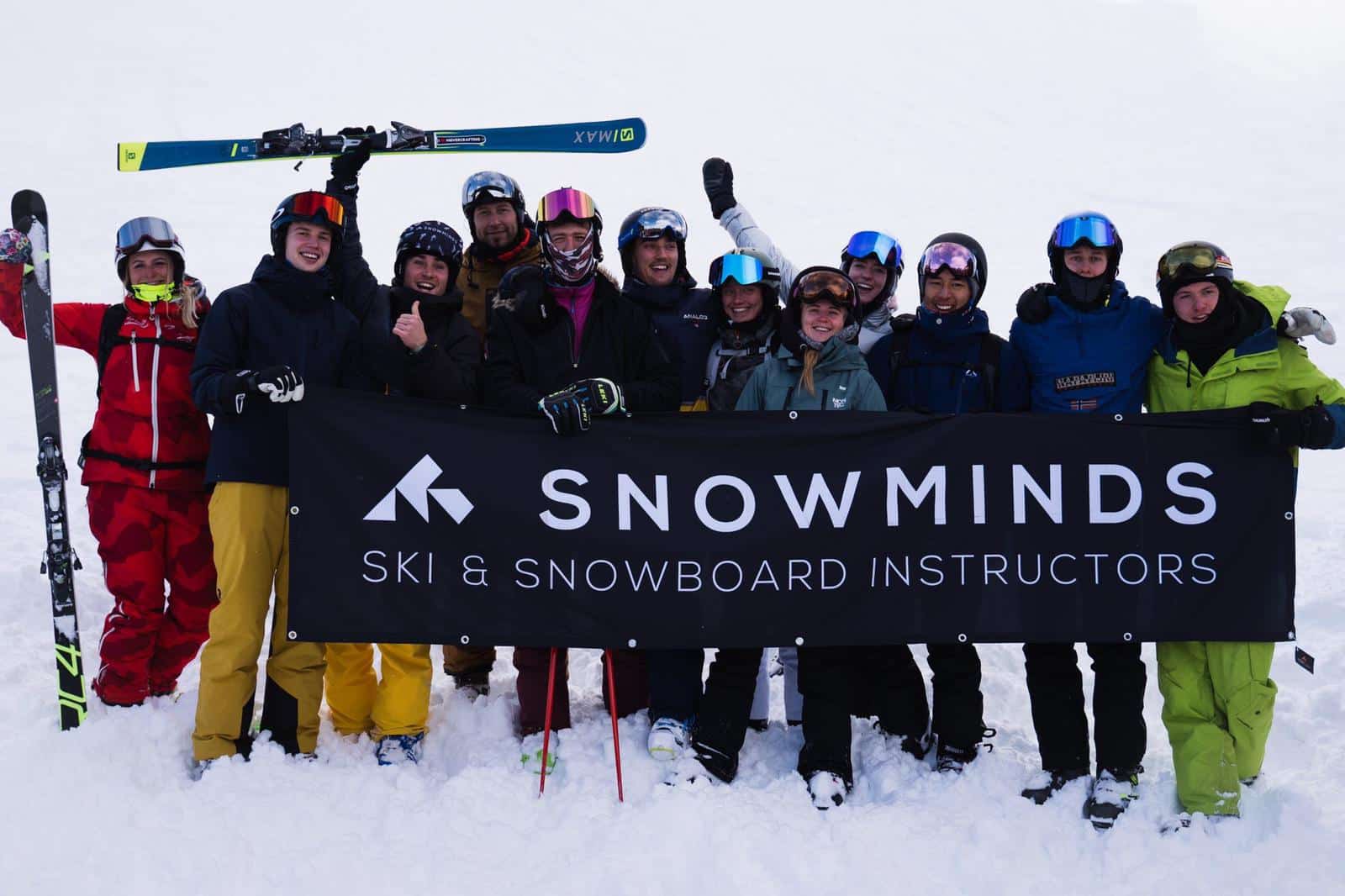 Besides the Snowminds German course, I already had little experience with the language, so when the training on the mountain started, completely in German, I was just a little nervous. Fortunately, we were offered regular lessons from the Team Leaders throughout the entire course, not only for German but also theories of different techniques. We also had some extra sessions on subjects like snow parks!

I knew that the course would become one of the hardest challenges I ever faced in my life. There were long days and tons of information to take in, every day was hard work. But with the constant support from our team leaders, we all worked together and kept each other motivated. Despite putting lots of effort in the course, Snowminds gave us with time to chill, took us on trips and helped us create strong friendships with fellow instructors.

Finding out I had passed my Anwärter was the best feeling, I was so stoked and ready to start work! It was also super emotional celebrating everyone’s results and saying goodbye. Within the five weeks, I gained so many new ski and snowboard skills, learned the basics of a new language and I had been able to meet so many like-minded people from all around the world! 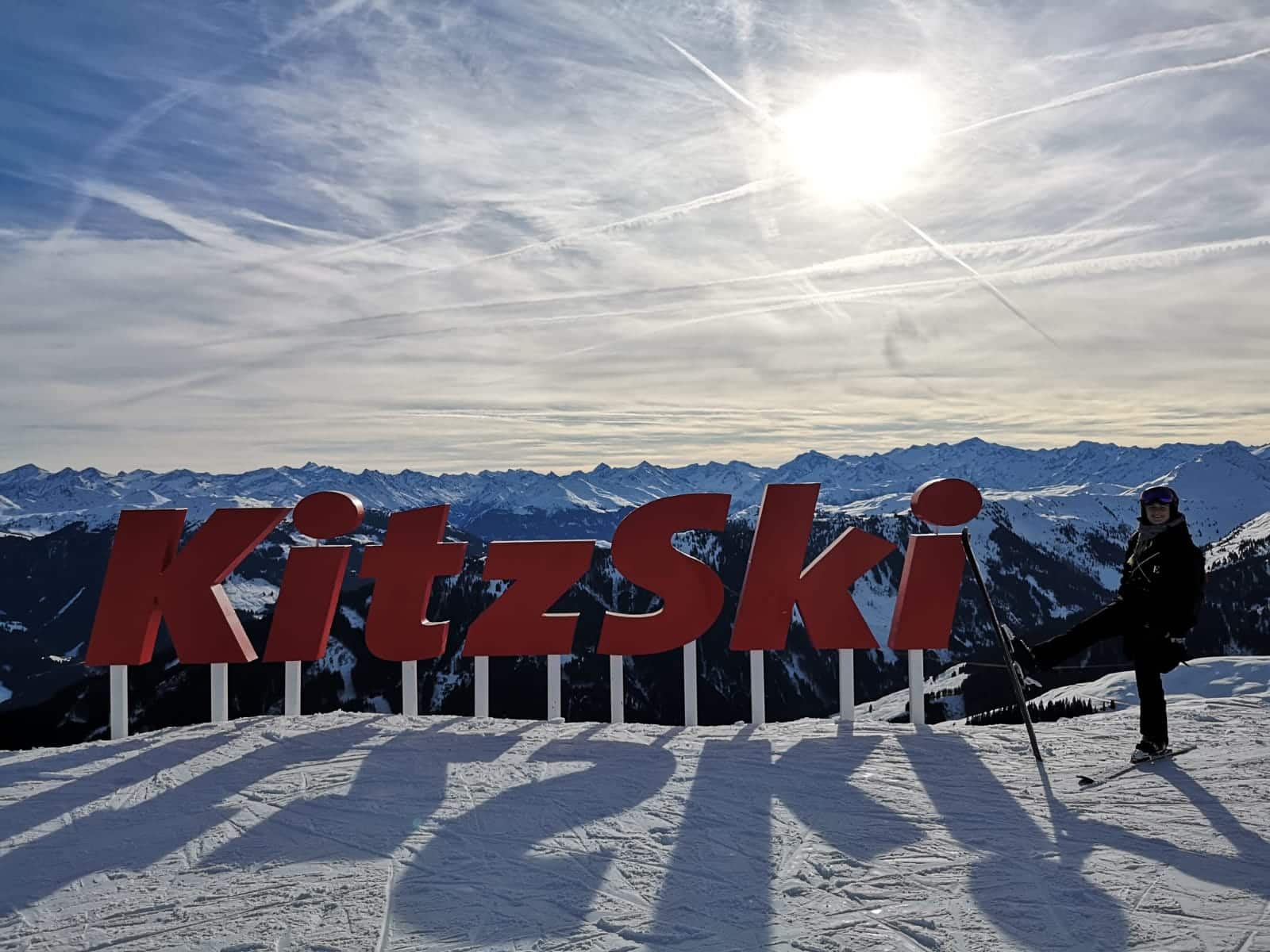 After the course, I headed to Kitzbühel to work for Element3. I lived together with 3 other Snowminders which helped take away the pressure of settling into a new life! We were all in the same boat and became a functional family! After the orientation day, I went straight into Kinderland. Again I was a little nervous, but after all the training from the past 5 weeks, I quickly settled and fell in love with instructing.

As a dual instructor I have been lucky to take around 50% ski and 50% snowboard lessons and I fully enjoyed teaching both as well as being able to switch between the two. There is nothing quite like teaching someone to do something they have never done before, watch them progress and then finish a lesson with a smile on their face! After good feelings like that, I  went shredding the slopes with my fellow instructors, which boosted not only my confidence but also my skills every time we did that!

The season has been a lot of fun and there has been numerous of events I was able to participate in. I have been part of the town’s new years day ski show and was lucky enough to see the entire Hahnenkamm race event. We also visited Zell am See for the Snowminds reunion event. It was awesome seeing everyone that I trained with again, and it was a lot of fun showing off our ski school uniforms!

Despite everyone fully settling into a bigger ski instructor family, it has been great to stay so close to other Snowminds instructors in both ski schools in Kitzbühel. There have been a number of social events integrating the two ski schools through the friendships of Snowminds instructors and it’s always nice to see friends from different schools teaching next to you on the slopes! It’s also great to have friends in other resorts, in case I ever wanted to visit! 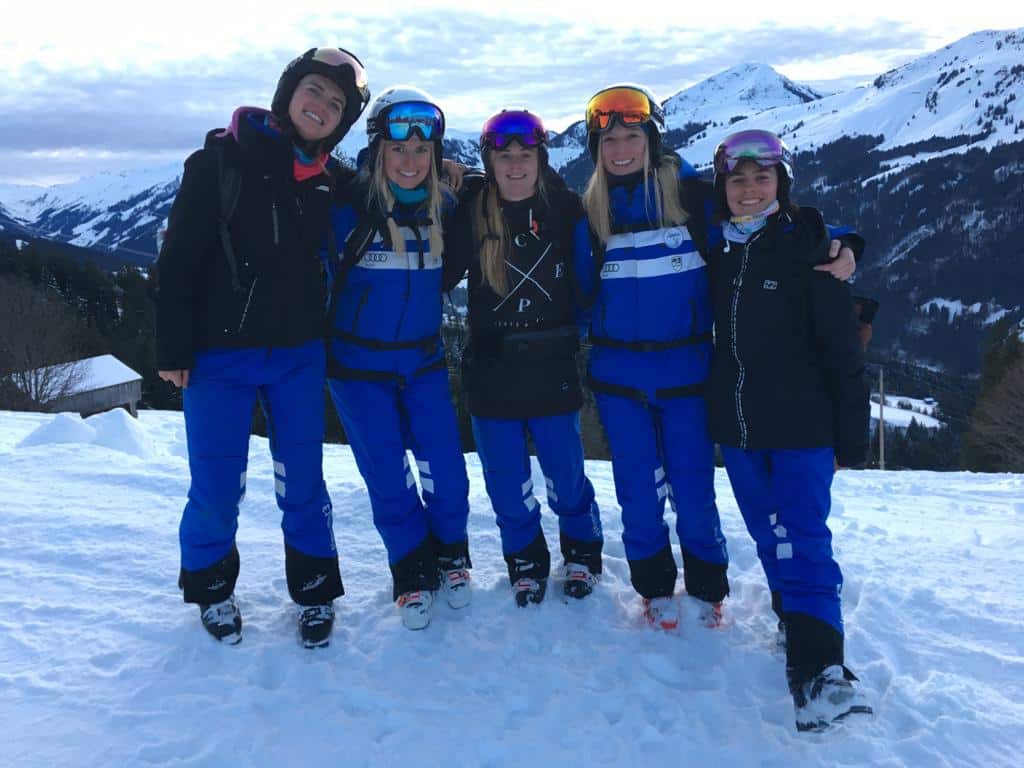 With all the different types of support that I received throughout training and the season, I achieved a goal that I never dreamed of achieving. Now I am in a position to travel with a qualification and teach two sports that I love in an environment that I love! I can now think about my next steps as an instructor, either taking the next levels or teaching in another country. Hoping to eventually teach a season in Canada through Snowminds! I can now call the mountains my office and I couldn’t be happier!

Do you want to become an instructor? Apply for a season here. If you need some more information about the dual instructor courses in Austria follow this link and find everything you need to know.