Back in 2017, I received an email from Snowminds – they wanted me on the team that was going to Austria for the winter!

A week before, I was invited to a conversation where we talked about the different opportunities to become a ski instructor, a dream I had since I was quite young. I had been skiing in Austria for many years and thought it was probably the best option, but there was just one big but. German language? I learned French in high school, so the talk fell on Canada instead. In Canada everything is taught in English, so I thought it would just be obvious. Maaan, Austria lifted a little more in me and I chose to take up the challenge!

I took Snowminds’ German course, which gave me a large vocabulary in ski lessons, children and various scenarios you can experience. I complemented this with all the basic German on the app Duolingo. I watched ‘Friends’ with German subtitles,  German children’s TV, learned the lyrics to the Austrian après-ski songs, and rehearsed and rehearsed.

ALL THE HELP I COULD GET

We went to Austria, started with ski schooling, the German courses and I tried as best I could. But it quickly dawned on me that I would not be able to do it alone. I got help from everything and everyone – Team Leaders, roomies, instructors, dictionaries, google – you name it! And after 5 weeks of training, I passed the exams – also the German course !!

We waved goodbye to everyone from the course and headed out to our destinations. I got to work in a small, local, Austrian ski school in Lofer. When we arrived we met our boss and he spoke not just German, not just Austrian, but Austrian with dialect !! Today I dare say that I did not understand a word of what he said. During the first week, I met my colleagues and the majority were Germans and local Austrians – they refused to speak English. So there was no way around the German language.

As the season went on, things went better and better with the German, even though I (still) can not find my way around der, das, die, dem, den, des, and sometimes I was corrected by the ski school kids after they had looked at me with a wondering look for a while.

After 5 months in Austria, unforgettable memories and friends for life, I returned to Denmark, and despite the fact that my German was far from fluent – I still got a job as a German tourist guide. 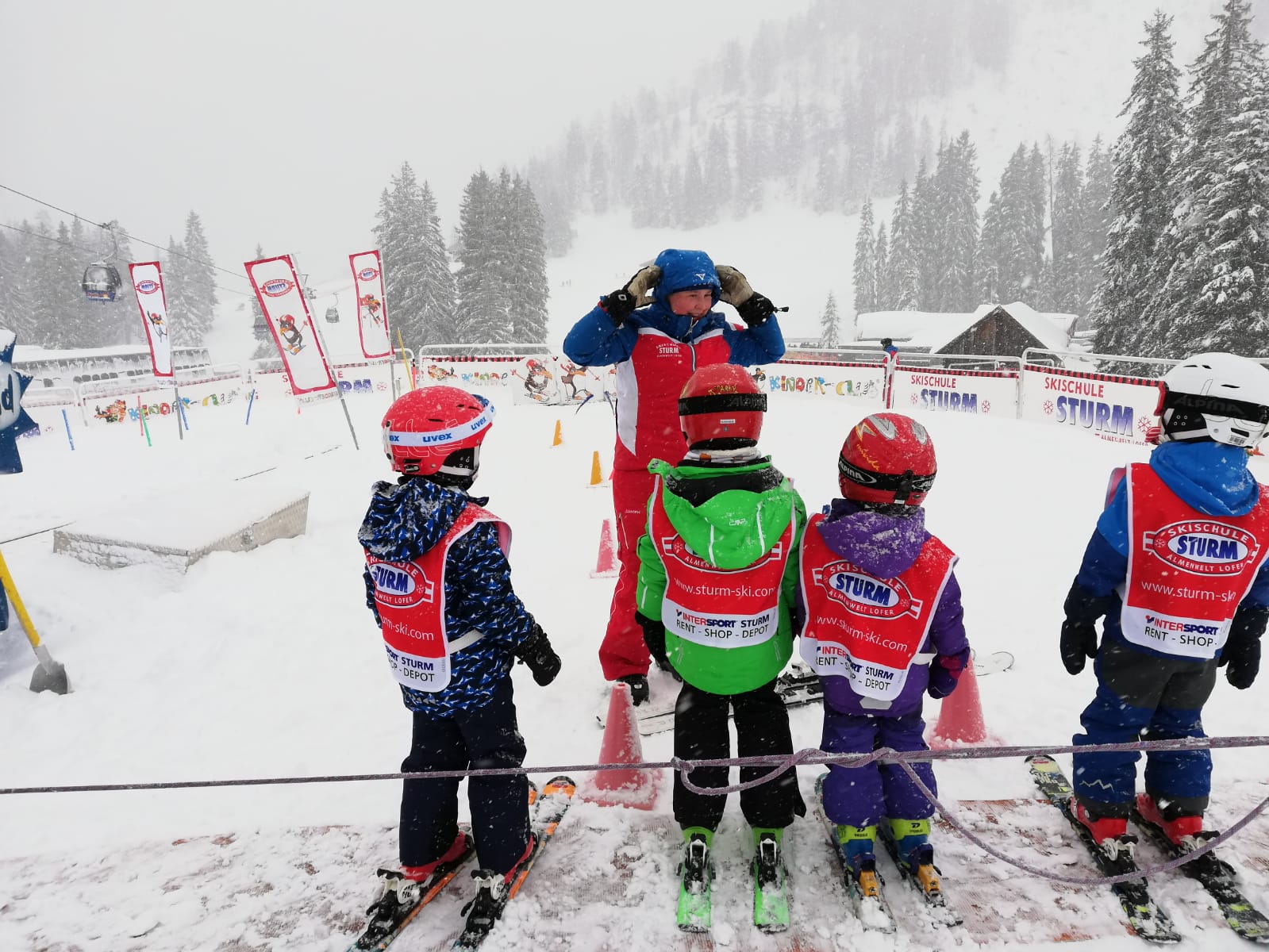 After 3 seasons I have now come home again. I speak fluent German, faced lessons with my German, Austrian and Dutch friends from the season, give German homework help to high school students and am still a tourist guide in Copenhagen. What was the biggest ‘but’ of taking a season in Austria has become the biggest gift I could get. You do not need to be able to discuss politics, economics and climate change in German. You’re just talking about skiing. The rest will probably come 😊

Have you also gained courage in German after Miriam’s impressive stories? Then sign up for our German course at Snowlingo and read more about our courses in Austria here.