It’s always weird getting used to the silence after a long ski season. Luckily Daniel didn’t have to, because he ended his season ended with a Snowminds trip to Hawaii. Instructors from Japan and Canada met to finish off the season correctly. The trip offered a lot of different activities like skydiving, helicopter trip, surf camp, ATV’s and a three course dinner to finish the trip.

What’s the worst thing about being on a season as a ski instructor? That you have to leave again.

When you travel home after 4-5 months in a different country, it’s a terrible feeling, which often leaves an empty space and a craving for more traveling. But I was introduced to the Hawaii trip with Snowminds and I couldn’t say no.

And what a decision. And what a trip! Hawaii is an island that I always wanted to visit, but since it’s always been so far away – almost as far from Denmark as it can get, it didn’t really seem realistic. But that’s the reason I thought it was the perfect decision to go, as I was located in Japan at the time.

Hawaii is located between Japan and Canada, which made it the perfect meeting point for all the instructors in the two countries. It’s an amazing opportunity to meet new people who also experience the same “empty feeling”. Together we enjoyed the sun and it’s warmth, while talking about skiing in snow. Quite contradictory..

We visited one of the islands called Kauai, which is an absolutely amazing place with some of the craziest nature on the entire earth. The island is one of the places where it rains the most, which gives the perfect rainforest environment and amazing views. In fact, most of the Jurassic Park movies were recorded on the island, because the forest is so thick and wild.

Despite rain at night and a bit of downpour in the morning, it was around 30 degrees and sunny every day. It was an amazing place to tan and swim, even though your body isn’t quite used to the sun after 6 months as a ski instructor. Your skin isn’t really used to seeing the sun! It resulted in a lot of instructors being sunburned and having a few rest days in the shade. 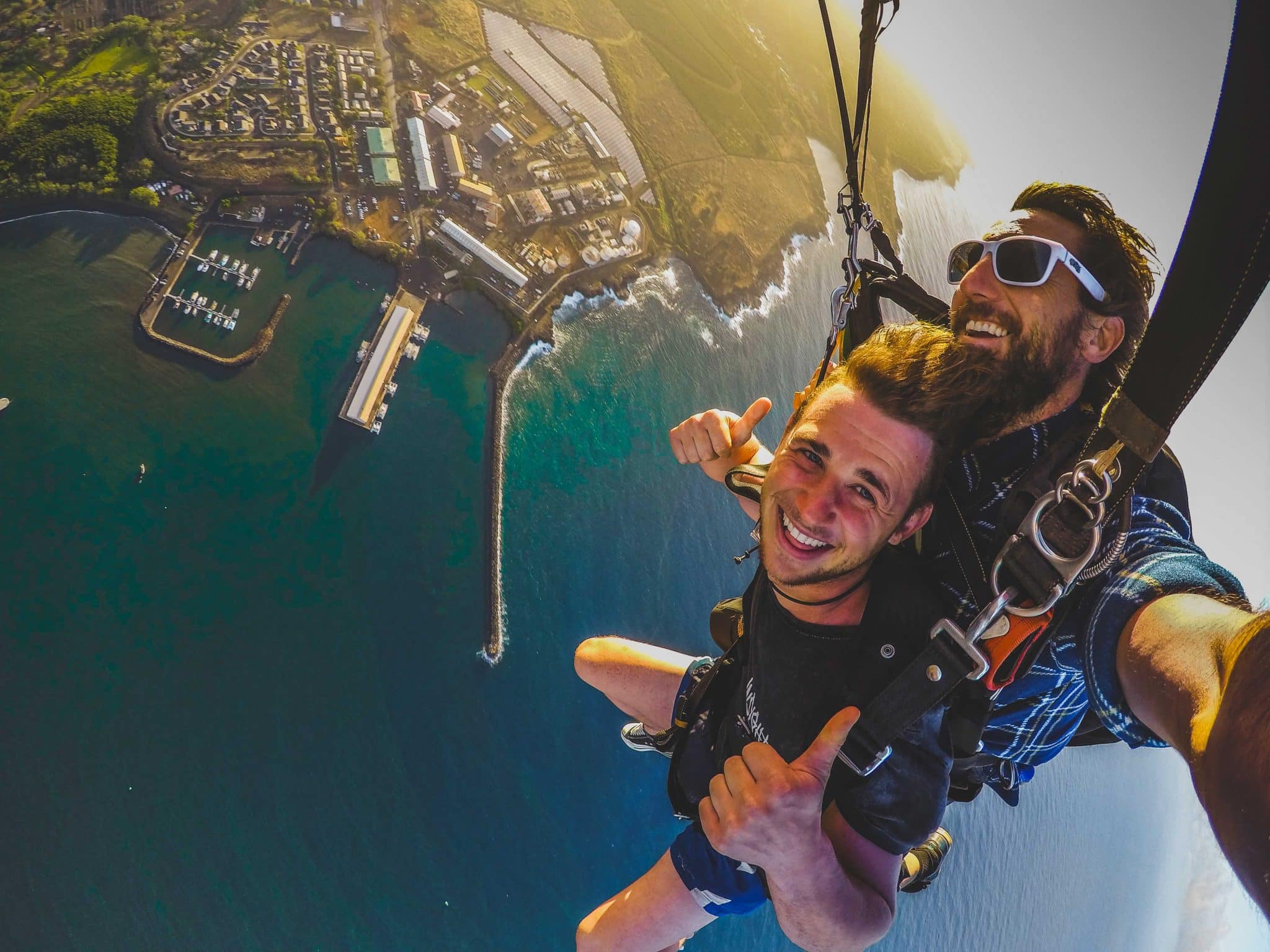 Jye, Daniel’s Australian friend he met on the season with Snowminds.

We spent a long time relaxing by the beach, but Snowminds also managed to plan a lot of group activities like a surf camp, ATV’s and a 3-course dinner. Furthermore Hawaii had a lot more to offer, like skydiving and a tour in a helicopter, which a lot of people – including me – took advantage of.

We were quickly introduced to surfing and played a lot of beach volley. I did not end up driving on ATV’s, but I heard it was a success. I went on a roadtrip with three of my friends from Japan. We went all around the island to explore, which was an amazing way to spend a few days as well.

The Snowminds end of season trip to Hwaii was a big success and the perfect ending to a great season.

If you want to join our Snowminds trip to Hawaii  like Sofie, you can look at our trip here.

Our favorite ski gear from ISPO 2019 in Munich

The Q&A sessions give you the opportunity to hear all about what it is like to be a ski or snowboard instructor with Snowminds :)