Welcome back to part 2 of “My first season in Kaprun”.

In these 4 blogs, I will give you an idea about how my first season in Kaprun was. If you have missed the first part, you can click here to read it. Stay tuned for part 3 and 4! 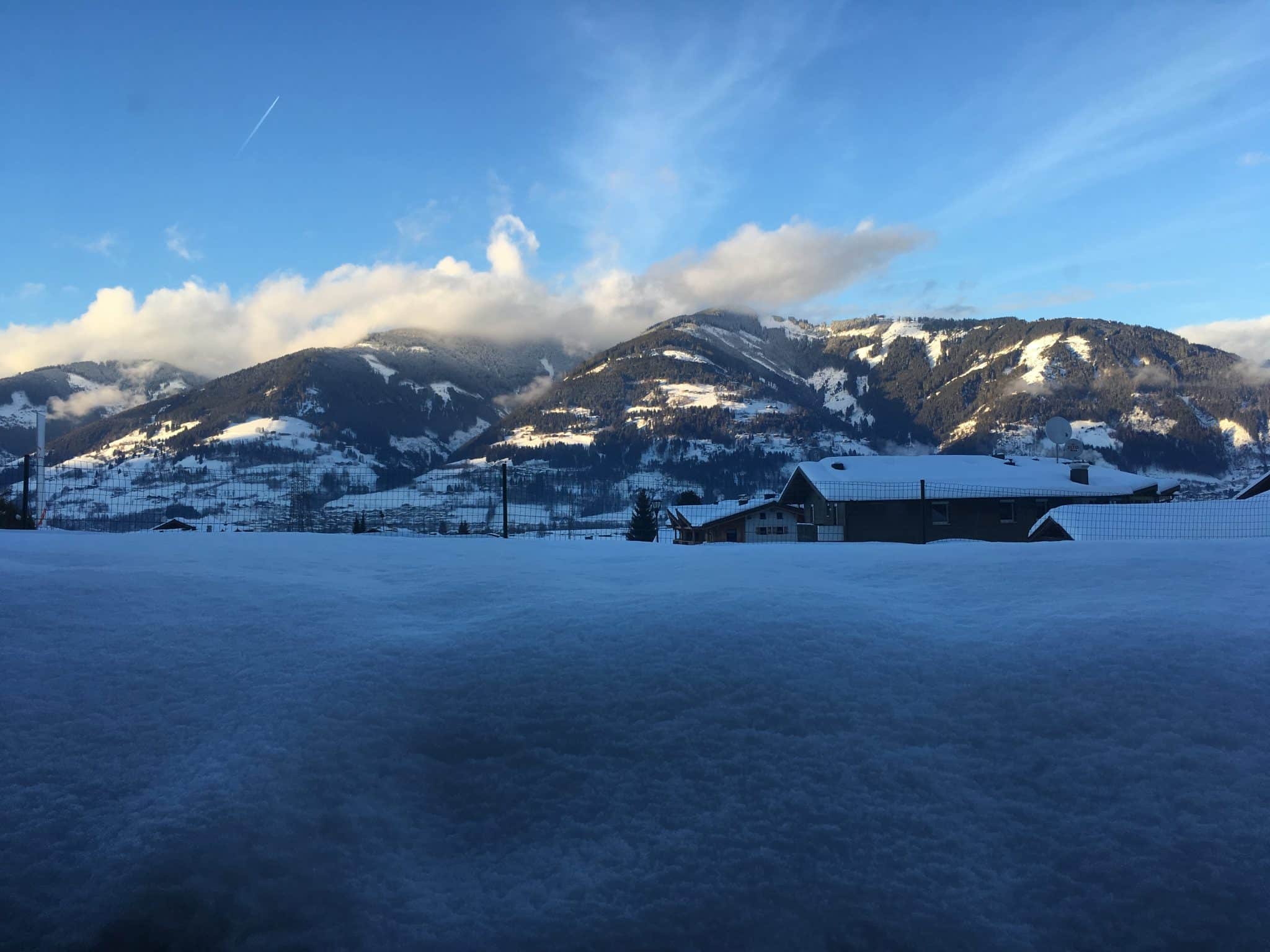 View from our bedroom window

The first days and weeks in the ski school took a lot of getting used to. I taught in Ski & Snowboarding Schermer Kaprun. Or simply Schermer. The ski school was somewhat smaller but cosier. We were around 25 teachers during low season and around 20 more during high season. We were divided among the multiple houses that the ski school had in the village. All equally nice. We often went over to cook together or have a drink at each other’s houses. 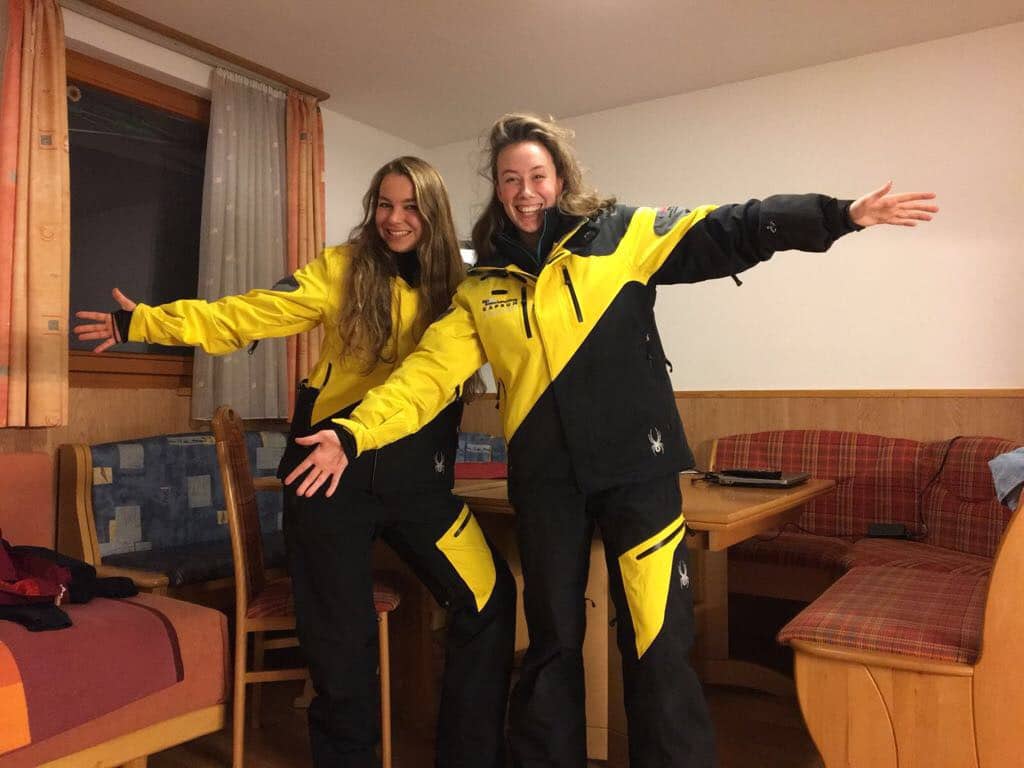 Isabelle and I after we got our ski apparel

I was looking forward to everything that was to come, but I also was very nervous. Fortunately, Isabelle and I had about 1,5 weeks to settle in before we both started working. My first lesson was a 4-hour private snowboard lesson with two Romanian children who luckily also spoke some English. The number of times I said ‘you’re doing amazing!’ during those 4 hours cannot be counted… But the children were enjoying the lesson and so did I! 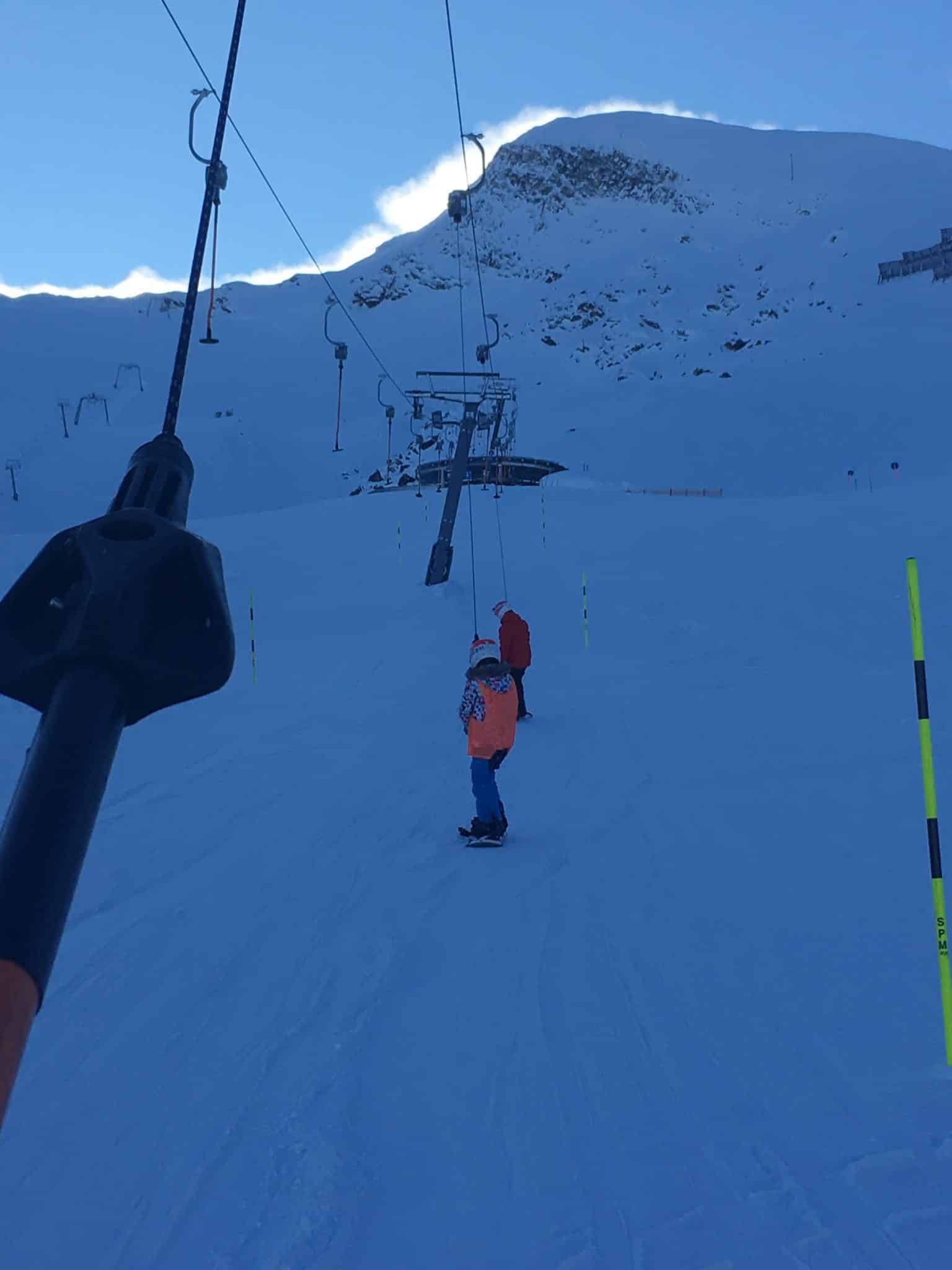 From the first lesson with the Romanian children

Fortunately, teaching went well for me. I had the freedom to organize my lessons myself and that was a completely different experience than during the course. Although I was incredibly nervous about teaching in the beginning, it went well. The first weeks in the ski school started quietly and I had plenty of time to ease my way into it: I had some private lessons here and there, easy lessons to start with. Then the busy weeks of the Christmas holidays came and real work began. I had a real snowboard group, a Dutch girl, two English boys, a Danish boy and a German boy. I had to entertain them all week. It was not easy, teaching in three languages​​… In the end, I was more tired in my head than my muscles. 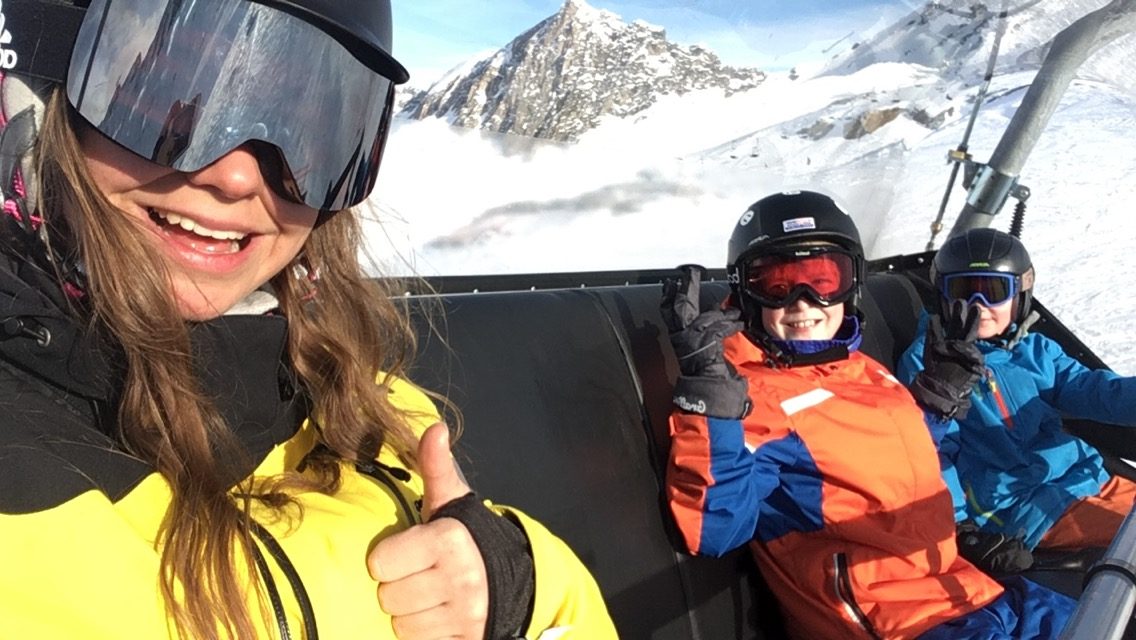 With my first snowboard group during Christmas

A few miscommunications and blunders were therefore inevitable that week. I might have underestimated the level a bit and as a result, took them to the difficult slope too quickly and as you might expect, suddenly everything takes three times as long … Oh, and the number of times I arrived late to the meeting point after the lessons that week… Oh well, you learn from your mistakes, right? 😛 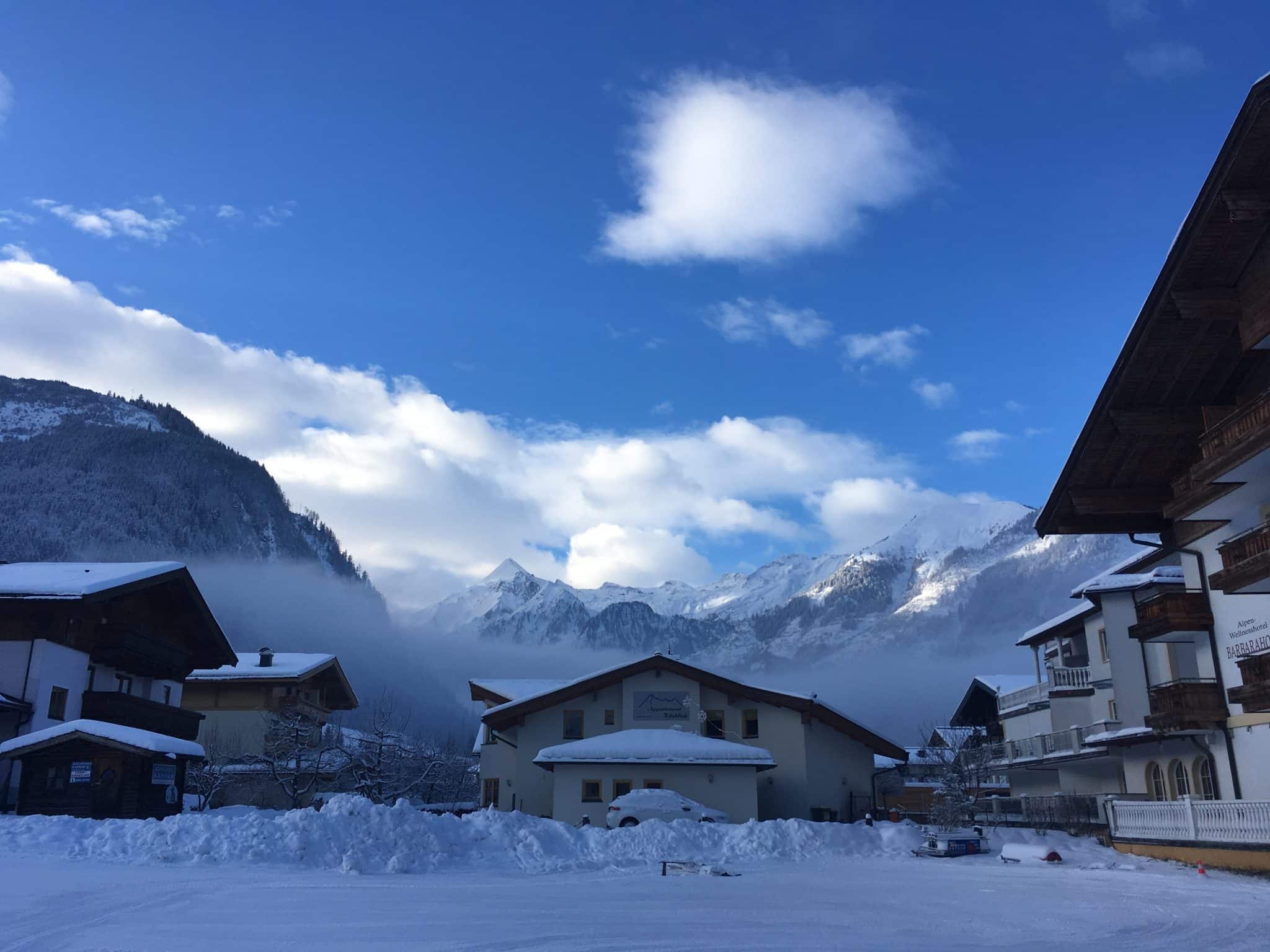 The view from the “Sammelplatz”

It didn’t bother me at all that I couldn’t celebrate Christmas at home for the first time in my life. My colleagues had become like family to me. And it’s no punishment to celebrate Christmas in a few meters of snow for once. Because of the hard work and long days we did not realize that it was Christmas already and we had forgotten to do grocery shopping … Oops. So on Christmas Eve, we sat on the couch with take-away pizzas and burgers haha. A typical mistake of an instructor on his or her first season. Note to all new instructors: Check when the local supermarket is opened or closed. Google cannot be trusted, haha! 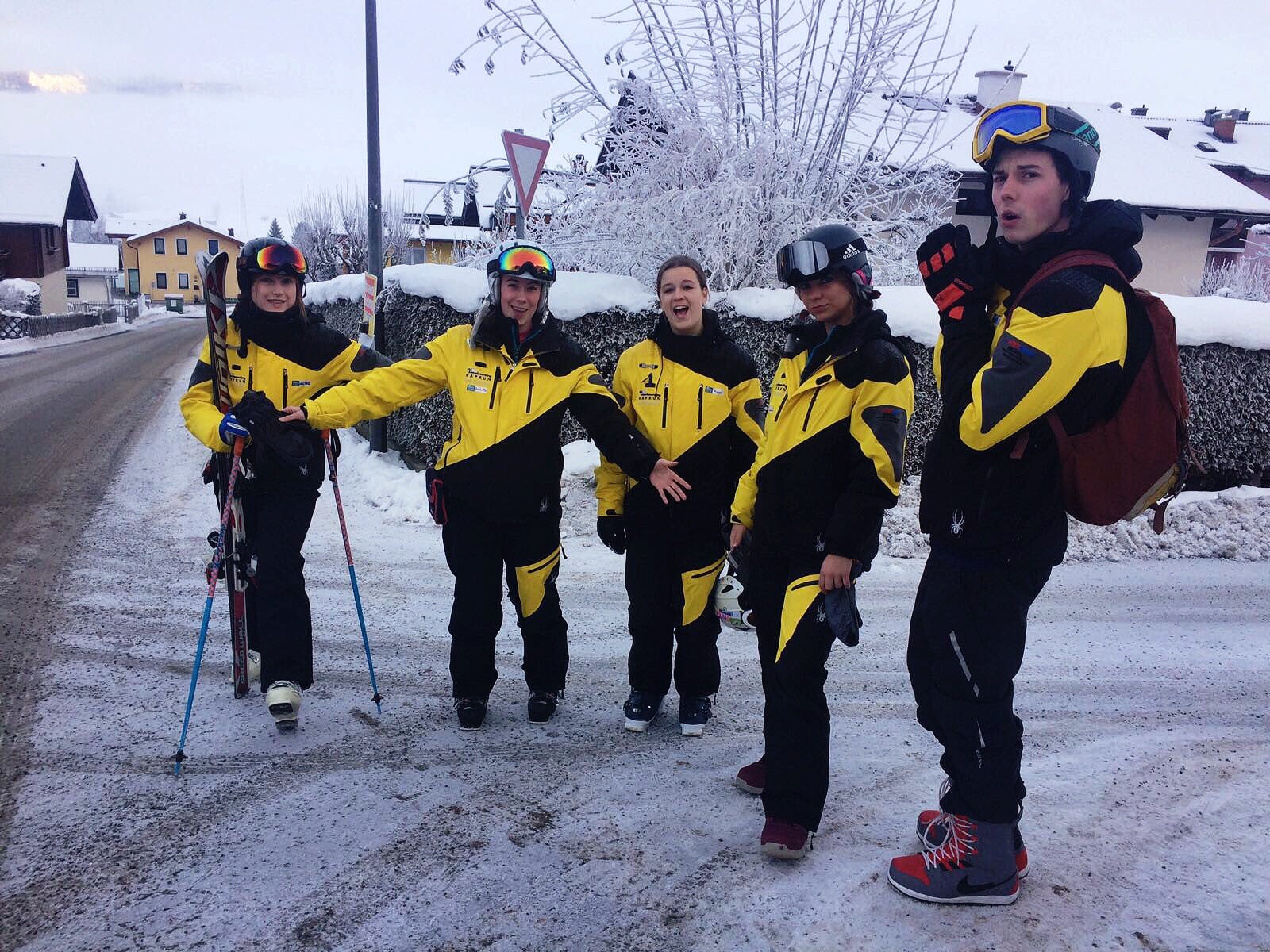 In the beginning, I didn’t do much going out and après ski. I was exhausted by all the new impressions of the first few weeks and preferred to be in bed at 9:00 PM. As soon as the Christmas holidays were over and the bars weren’t crowded anymore, the Friday night bar evenings became more of a thing. It became a regular occurrence and it wasn’t strange to find everyone from the night before back in the McDonalds the day after, regretting the aftermath of the night before 😉 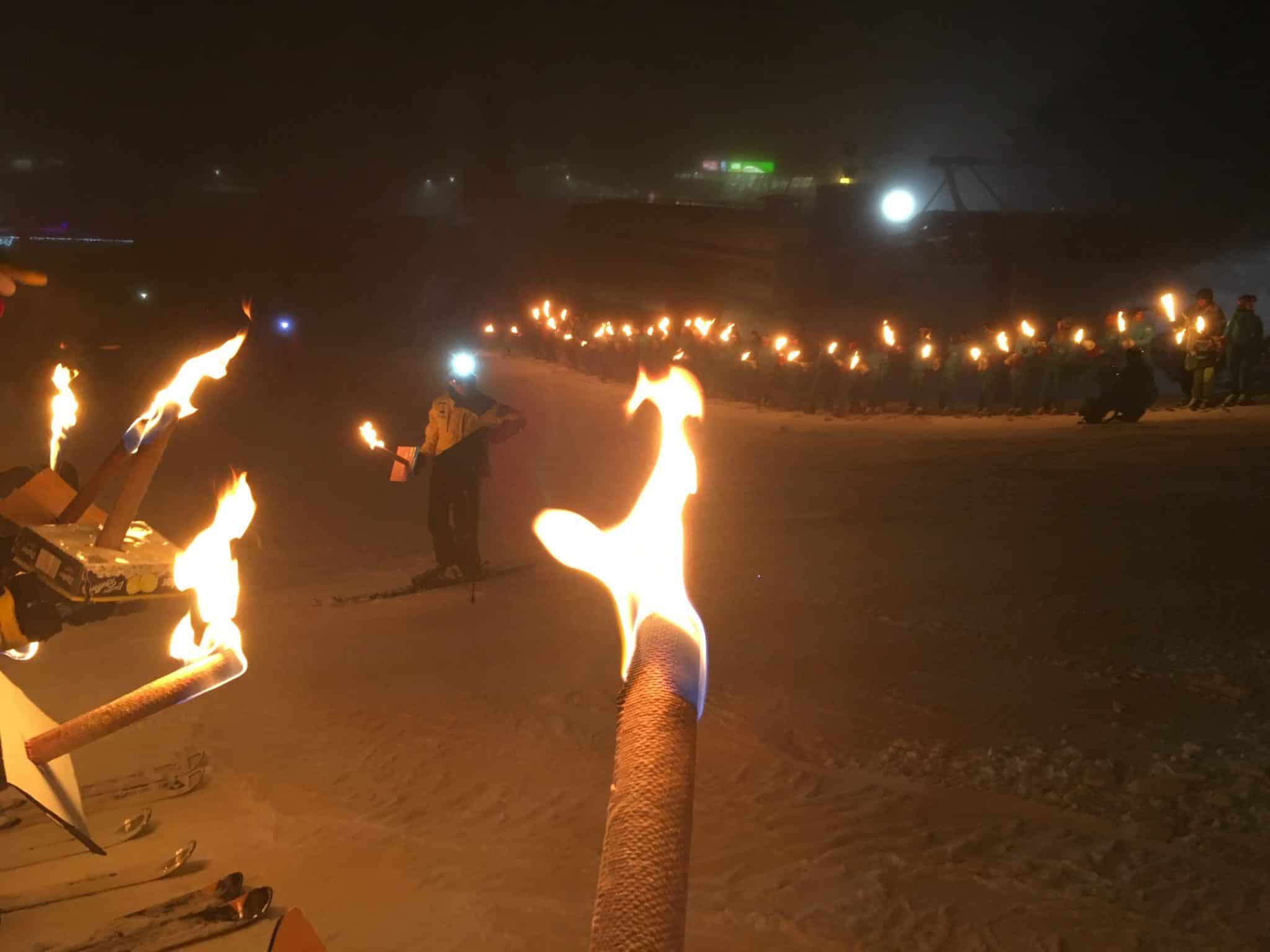 Kaprun, the area in which I taught, is a super diverse area, where the village lays at around 700 meters and the top of the glacier is at 3000 meters. It consists of two parts, the glacier and the Maiskogel. The glacier is ideal for all levels above blue slope skiing and they call the Maiskogel the ‘family mountain’, where you can go with your beginner classes. But make no mistake, you can also ski and snowboard off-piste on the Maiskogel as long as you know where to look. Before I left for the course, I had worked hard and saved up for months; I wanted to do as much as possible during the season, without having to pay too much attention to the money. 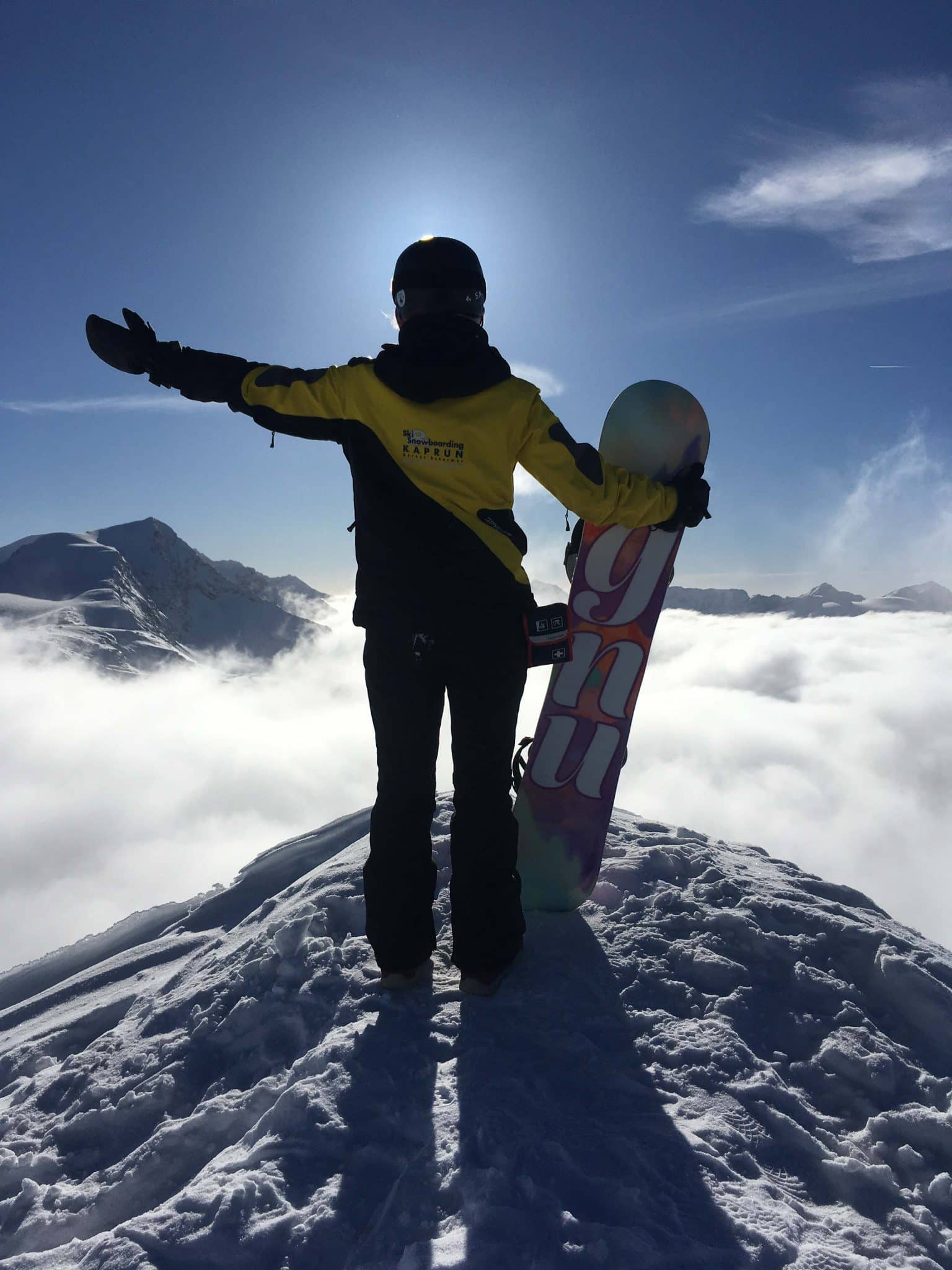 With my new board, looking for fresh powder

So in January, I concluded that it was time for a new snowboard. So much fresh powder had fallen and for me, there is nothing more fun than snowboarding in a thick layer of fresh powder.

Such an area with a glacier gave the advantage that the season lasts a long time and that it is super snow sure. From the beginning of November to the end of April I was able to enjoy the snow. For example, I did not expect that I would be standing in winter clothing on the mountain in late April, while you were able to go sunbathing in the valley and BBQ in the garden.

A day off in Zell am See

Working and living together with people who share the same mindset is super special. Everyone comes there with the same interest: Snow! You notice that in everything you do, even though you occasionally work through a whole vacation, on your day off you are still back in the first lift with your colleagues. The snow is too addictive!

In the next part, you can read more about my highs and lows about the season.